David is the son of Mexican immigrants from Nayarit who rose through the ranks from migrant farmworker to aide-de-camp to a general officer, and from self-taught coder to founder of a national veterans nonprofit. Today, he's a candidate for state representative, district 29, encompassing Forest Grove, Cornelius and W. Hillsboro. He is running to keep the American dream alive for all Oregonians, bring checks and balance to the state budget, and inact open government transparency.

Hood River born, David grew up poor as a migrant farm worker living in migrant camps as a young boy. His first teachers were with migrant headstart. A Catholic, David's parents immigrated from Mexico's State of Nayarit and instilled in him a strong work ethic, integrity and the value of a dollar as a child taking him along to pick berries, cucumbers, tulips, and apples where he worked piecemeal along his family. 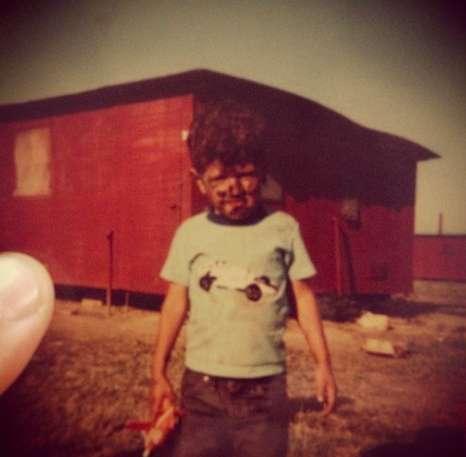 My father, Che, is a truck driver, and mother, Catalina, worked for years picking in the fields and agriculture cannaries—today, we need to make it seamless, not more cumbersome to train and prepare our young men and women in vocational training for good paying, and secured jobs.

David grew up in a small farming community an hour north of Seattle in the Skagit Valley where he attended Mount Vernon's public elementary, middle school and high school's where he ultimately dropped out in his sophomore year to work at LaConner Fish Company. Inspired by his teachers and counselors, David returned to high school and was nominated by his counselor to the National Youth Leadership Forum on Law & the Constitution, the Washington State Migrant Student Leadership Program, and Washington State Hispanic Youth Pre-Law Summit. After graduating a year late, David enrolled at Skagit Valley College where he was heavily involved in his community, and harvested oysters and flipped burgers at Red Robin to put him through college. 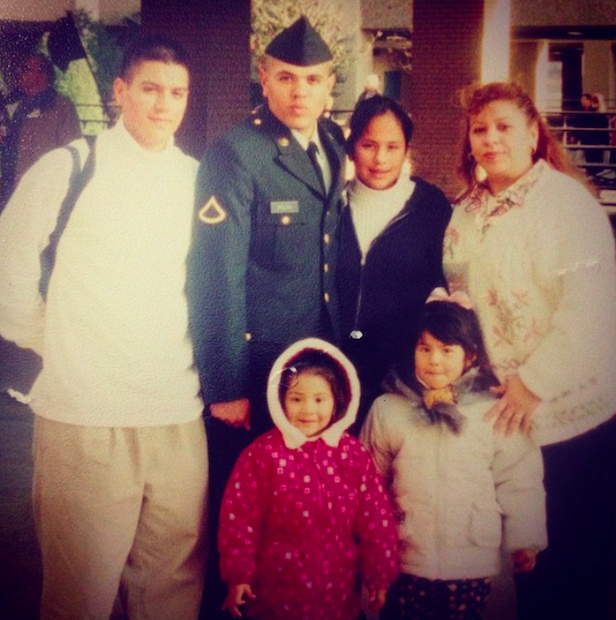 At 21 year olds, David enlisted and subsequently assigned to a Portland civil affairs unit where he drilled monthly as a citizen-soldier. After 9/11, David enrolled in Army ROTC while attending Oregon State University. David went onto transfer to the 104th Division where he served with a Drill Sergeant unit.

After earning an undergraduate degree in Political Science and commissioning as a 2nd Lt. in Infantry, David trained at the Army School of Infantry at Fort Benning, Georgia and assigned as an Aide-de-Camp to the Assistant Division Commander and the Commanding General. 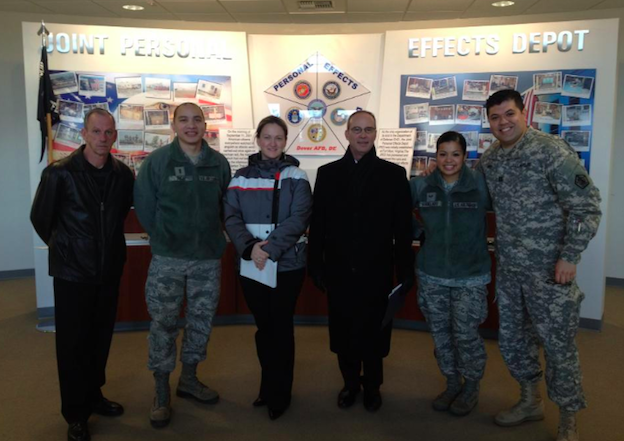 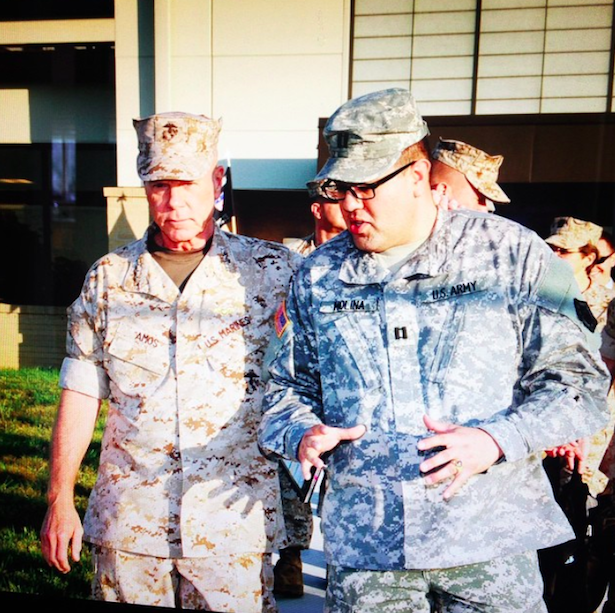 When exiting off active-duty and returning to Oregon David was shocked he couldn't use his military education benefit, the New GI Bill, to go to code school and train as a software developer as a post-military career. Undeterred, David self-taught himself Ruby on Rails and in 2013 launched a bilingual job board, and in 2014 launched operationcode.org, a petition to lobby Congress to expand the New GI Bill. 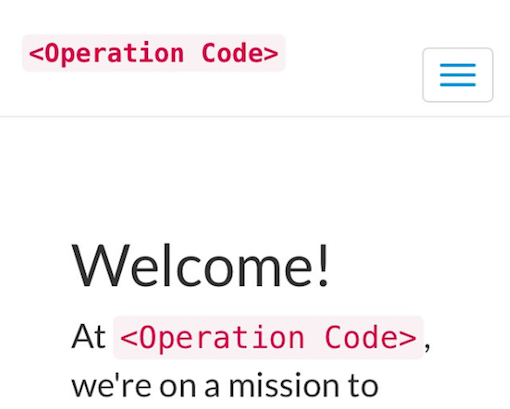 Operation Code took off and David soon found himself building it from an open source project into a national veterans nonprofit helping veterans like his own brother, Iraq-war veteran and Marine Victor Molina, get into software development, and pair software engineers with thousands of veterans across the country. Along the way, David has been invited to Washington, D.C. numerous times to testify before Members of Congress on the need to modernize education benefits to 21st century standards for the men and women who've served in uniform.

"David served his country with honor. I've seen firsthand how hard he works to help returning vets transition into the workforce and become the backbone of our community. Oregon desperately needs new common-sense voices like his in the Capitol." -Nathan Dahlin, community member 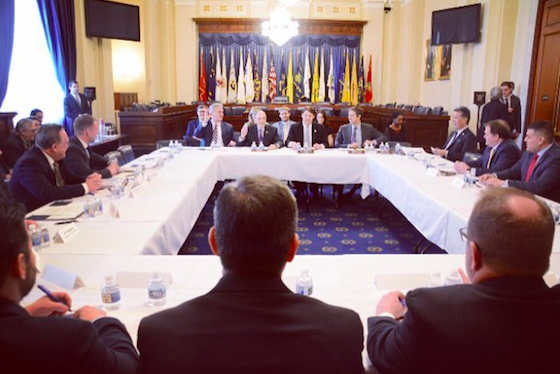 As Founder, David led a remote, decentralized veterans nonprofit that spans across 19 time zones mission focused on ensuring every transitioning service member, veteran and spouse can learn software development, enter the tech industry, and code the future. In this role, David has advocated for removing unnecessary government red tape and bureaucracy to keep up with changing times and new ways of learning for those who've worn the uniform, and their families, with successful legislative wins at the federal level providing funding for veterans to learn to code. David has been featured in The Hum, Veterans News, Wired.com, Seattle Times, Portland Business Journal, and numerous others.

David has spoken across the country, and was one of the keynote speakers at GitHub Universe 2016 on stage in San Francisco giving his call to action to train military veterans for their new mission in changing the world with software, all while helping reduce suicide rates, unemployment, and homelessness for those who've served in uniform. Over the years, David has shared numerous lessons learned from life and work over on his personal blog at davidmolina.github.io.. 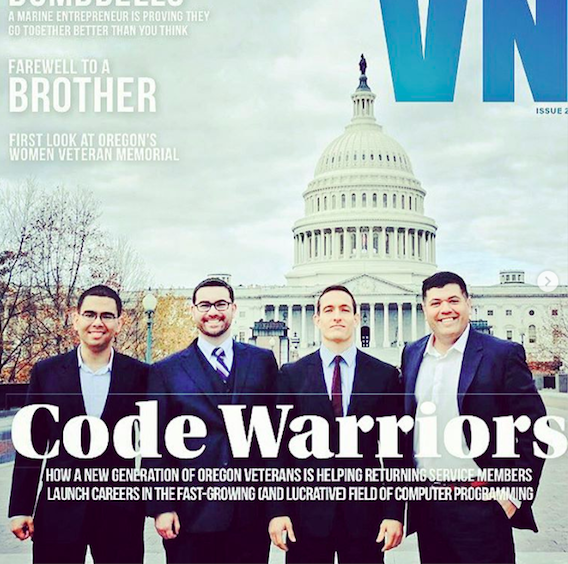 "Oregon government has been governed by unions, large corporations and lobbyists for decades. David Molina has the opportunity to be a voice for the forgotten and productive individuals in our state. Let’s support a candidate that will listen and value all Oregonians, not just those politically connected”. -Manuel Castañeda, small business owner.

A resident of Forest Grove, David joined the race for state representative after contemplating a run for school board in summer 2017. David was disturbed so many children, including his own, were not getting nutritional meals and the majority going to waste. He quickly learned that while Oregon's revenue has grown, so has spending, however, less and less is going to schools, roads, and improving quality of life for all Oregonians not just the government haves. After learning about this, and many other issues facing our state, David realized he couldn’t sit on the sidelines anymore and launched his campaign to fight for working families, small business owners, and veterans ever since. 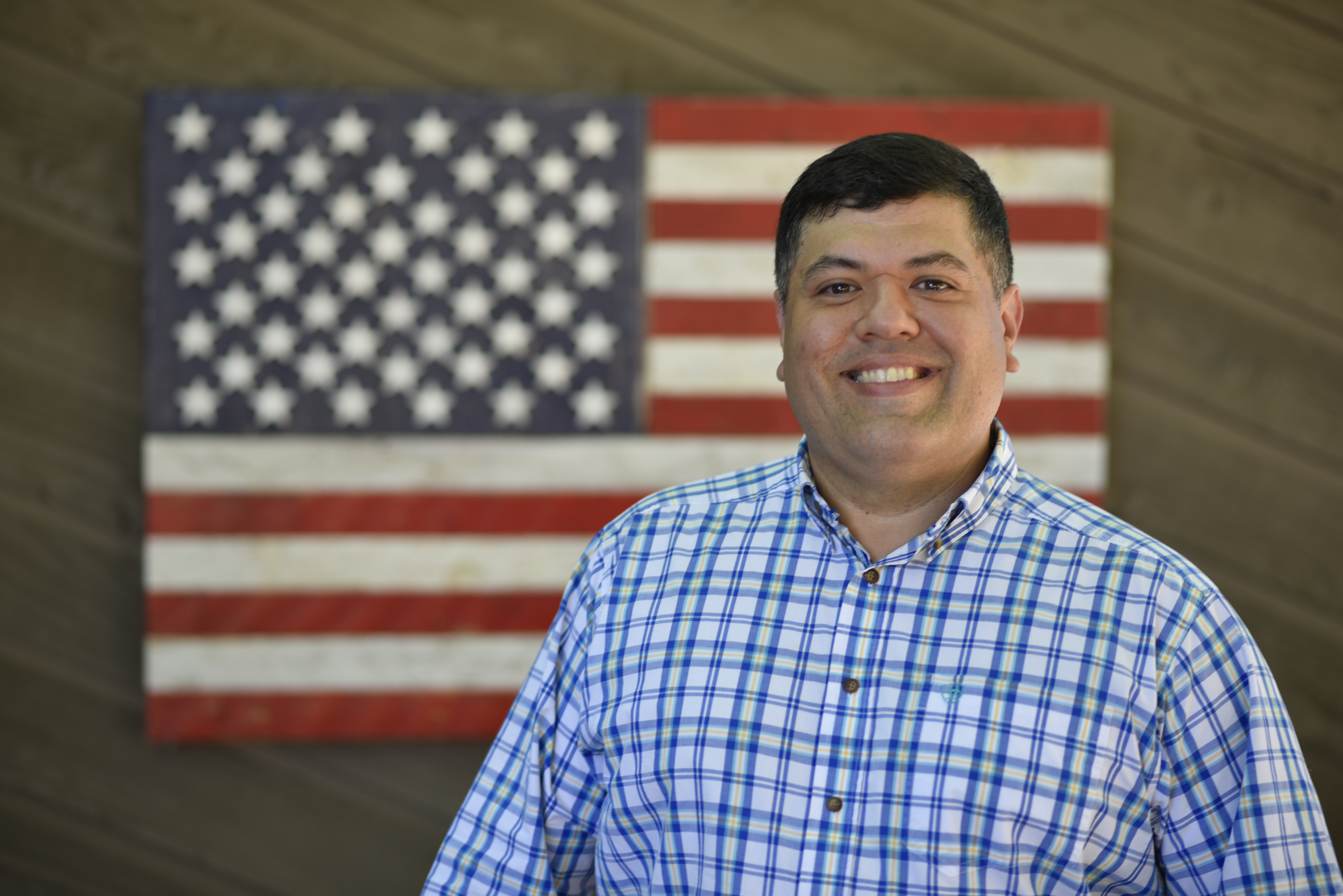 What people are saying about David.

“Oregon is in big trouble in so many ways. We need new blood, new ideas, and a voice for those who can’t fight for themselves. Vote David Molina!” —Judi Foster, Forest Grove resident

"Congratulations on receiving the most votes and accepting the Independent Party's write in nomination for your district in 2018. We look forward to working with you in 2019." —Sal Peralta, Independent Party of Oregon

“Way to go! Wish I lived there, so I could vote for you!" —Kelly Kyburz, retired Army Colonel

"This is about integrity, diversity of thought, and commitment to healthy dialogue in the political process. David, you are the perfect guy for this important job." —Bob Shook, Former Chairman, Beaverton School District

"I'm here, we may not agree politically but you are my brother! Stay strong, follow your dream, thanks for inspiring me. I know you better than anyone, and respect your hard work and perseverance." —Octaviano Merecias, Forest Grove HS graduate

"David Molina is exactly what our district needs. A champion for the working class in Forest Grove, Cornelius and Hillsboro to represent us in Salem." -Christiana Mayer, wife of Adam Mayer, former State Chair, Libertarian Party

"The Washington County Business Council would like to give you our endorsement in the upcoming election. Best wishes on the campaign." -The WCBC Endorsement Committee

"Oregon Right to Life PAC is proud to endorse David Molina for HD 29. We need more pro-life advocates like David in the Oregon Legislature who will protect innocent life, whether born or unborn." -Lois Anderson, Oregon Right to Life

"David served his country with honor. I've seen firsthand how hard he works to help returning vets transition into the workforce and become the backbone of our community. Oregon desperately needs new common-sense voices like his in the Capitol." -Nathan Dahlin, community member

“We need people like you in office fighting for vets and military.” —Andrea Le-Ann Davis, classmate

“Oregon government has been governed by unions, large corporations and lobbyists for decades. David Molina has the opportunity to be a voice for the forgotten and productive individuals in our state. Let’s support a candidate that will listen and value all Oregonians, not just those politically connected”. -Manuel Castañeda, small business owner

“I would so vote for you if I still lived there. Proud of ya Dave!” —Michelle Davidson, former Army Staff Sgt.

“David, you have our endorsement by the way.” —Kevin Starrett, Oregon Firearms Federation

"Mr. Molina, I look forward to replacing that Mr. with Representative Molina. I was very impressed with your background, business owner, veteran, OSU grad, and the willingness to run as a Republican. It would be my honor to be included with those endorsing you, and you have my best wishes and prayers for a most successful campaign. PS: While a resident of Forest Grove I was the Crawford in Waltz Sheridan Crawford Insurance." — Doug Crawford, former resident

“Thank you David for your service to our country and for wanting to continue to serve. I wish you the best in your campaign. It is great seeing many veterans continuing to serve after their military service.” —Bob Calvert, Talking With Heroes